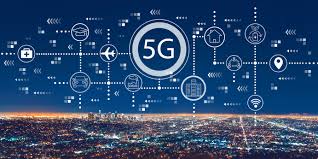 5G has been talked about for a few years, but this is the year that Carriers begin the process of rolling out the new wireless standard. Many Telecoms Companies have started to deploy their networks, although widespread availability is still  6 months to a year, or more away. That isn’t keeping device manufacturers and service providers from jumping onto the 5G bandwagon. You can already buy 5G ready phones from many of the main suppliers.
The last major network upgrade was 4G, which debuted in 2009,  starting with a peak speed of about 10 Mbps. In comparison, 5G is poised to deliver peak speeds between 10 and 20 Gbps.
Network latency will drop from 30ms to about 1ms, ideal for video game streaming, online video, and the Internet of Things, which is anticipating 5G to connect sensors, computers, and other devices with ultra-low latency.

An Evolution of Concerns

Before we address 5G, it’s worth pointing out that the latest health fears about radiation aren’t happening in a vacuum. Concerns about 5G are the latest iteration of decades of headlines about the dangers of electromagnetic radiation. We’ve seen controversies about everything from the health risks of Wi-Fi to smart meters.
Electromagnetic hypersensitivity, for example, is a hypothetical disease in which certain people experience debilitating symptoms in the presence of radiation like cell phones and Wi-Fi—so yes, Michael McKean’s bizarre behavior on “Better Call Saul” is a real thing. But despite people claiming such sensitivities for at least 30 years, systematic scientific reviews have found that “blinded” victims can’t tell when they’re in the presence of an electromagnetic field, and the World Health Organization now recommends psychological evaluation for people so afflicted.
Likewise, decades of studies have found no link between cell phones and cancers like brain tumors, though that hasn’t kept municipalities like San Francisco from passing laws requiring stores to display the radiation emitted by handsets—which implies, in the minds of consumers, risk.
This study is a good object lesson in how hard it is to do science like this.
Released by the  US National Toxicology Program (NTP). In a widely quoted study about cell phone radiofrequency radiation, scientists found that high exposure to 3G RFR led to some cases of cancerous heart tumors, brain tumors, and tumors in the adrenal glands of male rats.
As the Real Clear Science Magazine points out, the number of tumors detected were so small that they statistically could have occurred by chance (which may be more likely since they were only detected in male subjects). Moreover, the level and duration of the RFR exposure were well in excess of what any actual human would ever be exposed to, and in fact, the irradiated test rats lived longer than the unexposed control rats. In other words, experienced researchers look at a study like that and say that doesn’t really tell us anything.

So How Dangerous Is Radio Frequency Radiation (RFR)?

At the root of all concerns about cell phone networks is radiofrequency radiation. RFR is anything emitted in the electromagnetic spectrum, from microwaves to x-rays to radio waves to light from your monitor or light from the sun. Clearly, RFR isn’t inherently dangerous, so the problem becomes discovering under what circumstances it might be.
Scientists say that the most important criterion about whether any particular RFR is dangerous is whether it falls into the category of ionizing or non-ionizing radiation. Simply put, any radiation that’s non-ionizing is too weak to break chemical bonds. That includes ultraviolet, visible light, infrared, and everything with a lower frequency, like radio waves.
Everyday technologies like power lines, FM radio, and Wi-Fi also fall into this range. (Microwaves are the lone exception: non-ionizing but able to damage tissue, they’re precisely and intentionally tuned to resonate with water molecules.) Frequencies above UV, like x-rays and gamma rays, are ionizing.
Dr. Steve Novella, an assistant professor of neurology at Yale and the editor of Science-Based Medicine, understands that people generally get concerned about radiation. “Using the term radiation is misleading because people think of nuclear weapons—they think of ionizing radiation that absolutely can cause damage. It can kill cells. It can cause DNA mutations.” But since non-ionizing radiation doesn’t cause DNA damage or tissue damage, Novella says that most concern about cell phone RFR is misplaced. “There’s no known mechanism for most forms of non-ionizing radiation to even have a biological effect,” he says.

A common complaint about 5G is that, due to the lower power of 5G transmitters, there will be more of them. The Environmental Health Trust contends that “5G will require the build-out of literally hundreds of thousands of new wireless antennas in neighborhoods, cities, and towns. A cellular small cell or another transmitter will be placed every two to ten homes according to estimates.” What they’re really saying is the RFR dose is going to be much higher.
So there are reasonable questions to ask.
However, skeptics caution you shouldn’t conflate asking the question with merely asserting that there’s a risk. As one noted Scientist pointed out, “We’re still talking about power and frequency less than light. You go out in the sun, and you’re bathed in electromagnetic radiation that’s far greater than these 5G cell towers.”
It’s easy to find claims online that the greater frequency of 5G alone constitutes a risk. RadiationHealthRisks.com observes that “1G, 2G, 3G and 4G use between 1 to 5 gigahertz frequency. 5G uses between 24 to 90 gigahertz frequency,” and then asserts that “Within the RF Radiation portion of the electromagnetic spectrum, the higher the frequency, the more dangerous it is to living organisms.”
But asserting that the higher frequency is more dangerous is just that—an assertion, and there’s little real science to stand behind it. 5G remains non-ionizing in nature.
The recent controversy connecting 5G to the COVID-19 virus, which has no scientific backing  at all only goes to categorize genuine concerns as mad conspiracy theorists,  which detracts from the very real and present need to ask for more extensive testing 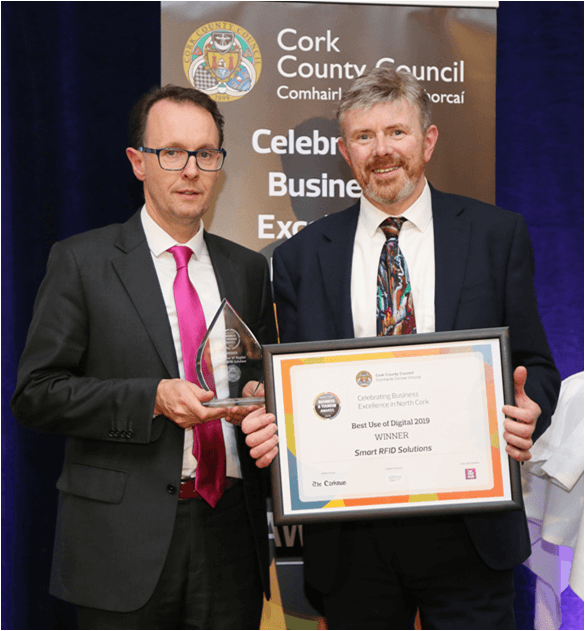 Updates for June 2019 : Prepare for Eco Visitor, from the paper removal experts SmartRFiD –

Either as a stand alone or integrated Visitor/Contractor Module for the SmartLoc8 IIOT Platform.
Improve Security, Health and Safety, Corporate image and reduce your Carbon Footprint, using less paper and power.. 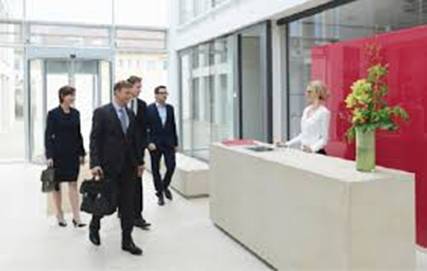 “People can be exposed to Radio Frequency (RF) radiation from both natural and man-made sources.”

Man-made RF radiation is used for many different things, such as

Some people can have significant RF exposure as part of their jobs. This includes PVC welders, people who maintain antenna towers that broadcast communication signals, and people who use or maintain radar equipment.

Most people are exposed to much lower levels of man-made RF radiation every day due to the presence of RF signals all around us. They come from radio and television broadcasts, WiFi and Bluetooth, cell phones (and cell phone towers), and other sources. 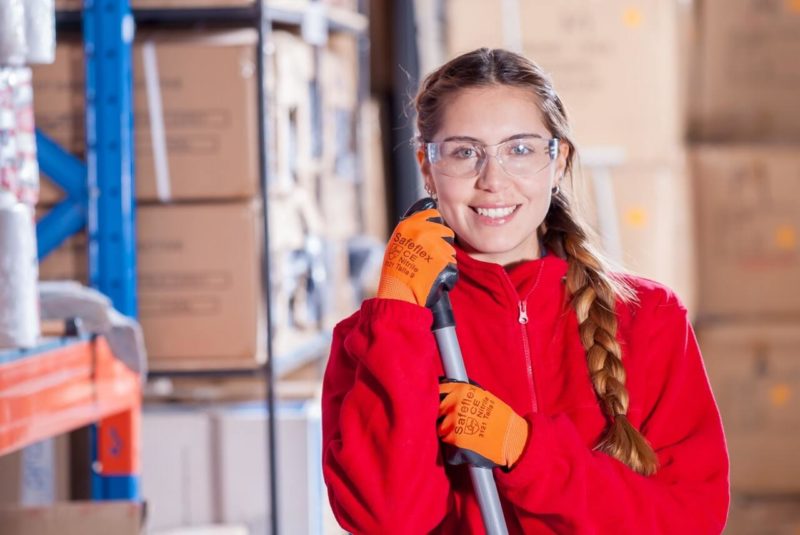 The RFID tag is passive, insofar as it does not have an in-built energy source. A tag alone therefore emits no waves and poses absolutely no danger.

The impacts of these waves on the human body therefore depend on the frequency band used. The electromagnetic fields generated by the readers have been measured in laboratory conditions, as recounted in a report by AFSSET, the French agency for safety in the environment and at work, renamed Anses in 2010. The field emitted in the LF and HF bands quickly fades and is only significant in the immediate vicinity of a reader. In any case, this radiation remains lower than the threshold limit value for humans recommended by the ICNIRP, the International Commission on Non-Ionizing Radiation Protection (maximum permitted magnetic field = 400 nT for HF technology and 105 nT for UHF).

Although, in UHF frequency bands, the magnetic fields span greater distances, measurements have shown that the radiation does not exceed the threshold limit values.

So for individuals who are only sporadically exposed to waves emitted by RFID readers, the risk is minimal. AFSSET recommends maintaining a minimum distance of around 20cm from the readers at all times.

An RFID tag, as described above, consists only of an antenna and a chip. It does not have an in-built energy source and can only emit waves if it is powered by the field of a reader. If the tag is fitted with a battery, it becomes active, and can communicate even when outside of the field of a reader. Such tags are used for short-range communication and serve as relays to forward the data read to the remote reader. These active RFID tags tie in with the concept of sensor networks. They pose a different problem. The frequency band used ranges from 900 Mhz to 2.4 GHz and comes in addition to the WiFi spectrum. However, the waves from active RFID tags are emitted at very low power and have a short range. Their impact is also therefore limited.